Graduated in 2006 in “Ceramics Art Design” from the Institute of Higher Education “Felice Faccio” of Castellamonte (Turin). Successively, is admitted at the “Accademia Albertina” of the Fine Arts of Turin following the Decoration Course directed by Francesco Preverino. In 2008 cooperates with A.P.A. (Piedmont Art Association) which is a regional art association, attending the labour of italian and international artists at the International Sculpture of the Ducal Castle of Agliè (Turin). In 2011 he was selected by the “Camis de Fonseca Foundation” and from “Gaetano Salvemini Historical Studies Institute” partecipating at the “Arte e Shoah” exhibition at the Resistance Museum of Turin. In 2011 he took part in the artistic residency on the fresco technique at the M.A.C.A.M in Maglione (Turin). In 2013 instead, was involved in “Mimesis Art” at the PAV (Parco d’Arte Vivente – Living Art Park) in Turin. He has his first solo exhibition in 2014 at “Meno 30”, an under 30 artists review at “Studio 10” in Vercelli (Italy). In 2017 he won the first prize for the visual art section at the “Earthink Festival” in Turin and later he has the second solo exhibition for which he writes and produces “Nero Pesante” (Heavy Black), a dedicated project for the “Open Art House” of Ivrea (Turin). In 2018 he won the first prize at Mostrami Factory-Fabbrica del Vapore in Milan for the group exhibition “S’io m’intuassi, come tu t’immii”. Simultaneously to his career, he teaches artistic education to children both in schools and museums. 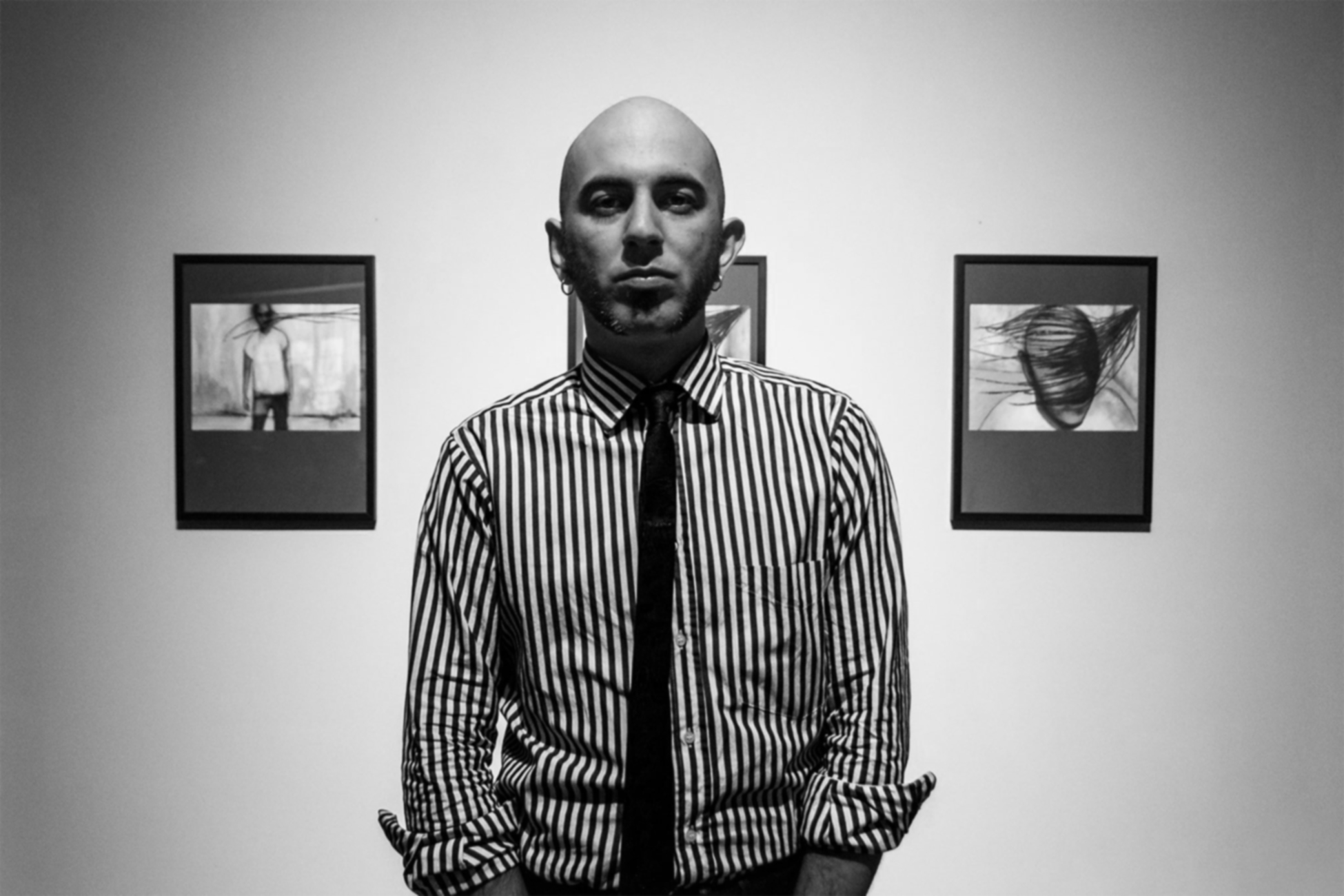